DIAPASON d’OR for HAYDN SONATAS AND VARIATIONS CD on SOMM 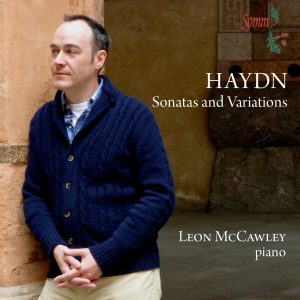 Leon’s recently released disc of Haydn’s Sonatas and Variations on SOMM has been awarded a Diapason d’Or in the July 2017 edition of French magazine Diapason. Reviewer Gaëtan Naulleau praises him highly: “What a range in his interpretation and how many layers of gradation! This is true of the whole album. Here and elsewhere one finds the eloquence of a neat punctuation which set it apart, which leaves some air between two notes or two ideas; McCawley ties these together, in a special quality of inflexions which make their point with great intelligibility and sensitivity. He moves towards us like a visitor, a feeling which the sound engineer has interpreted with care”. Also: “And his natural phrasing allows him to play, while observing each repeat, the Variations in F minor lasting about fifteen minutes, which become under his hands of a sculptor, a sort of string quartet for the piano”.

Leon was also awarded a Diapason d’Or back in 2006 for his recording of The Complete Mozart Sonatas on Avie Records.